Accueil . Turmeric has arrived in your bakery

The flavours of India are more and more present in Europe and in our bakeries!

Popular in Asia for centuries, particularly in India where it is one of the most frequently used spices in cooking, turmeric has become the golden child of European cuisine in recent years.

A great daily addition to your diet, it is both excellent for your health and delicious: two reasons why the Maison Kayser team has been thinking up new ways to incorporate it in their sauces for over 20 years (much to the pleasure of discerning foodies)!

Grown since Antiquity, turmeric is a hardy perennial. Only its “rhizome” (root) is eaten, as is the case for its better-known cousin – ginger. Turmeric rhizomes are harvested, boiled and dried in the sun for several days before being ground to a powder.

In India, turmeric is used in all sorts of preparations (what’s the betting that after finishing reading this piece you’ll want to book a table at your favourite Indian restaurant?), and its bold yellow colour is predominant in curry powder, which is made from a blend of spices. It is also an ingredient in many Ayurvedic medicines popular in India and China.

Its benefits make it one of the most valuable health foods; it contains fibre and multiple vitamins and is a powerful anti-inflammatory and antioxidant. Turmeric plays an important role in keeping the digestive system, brain and skin healthy. 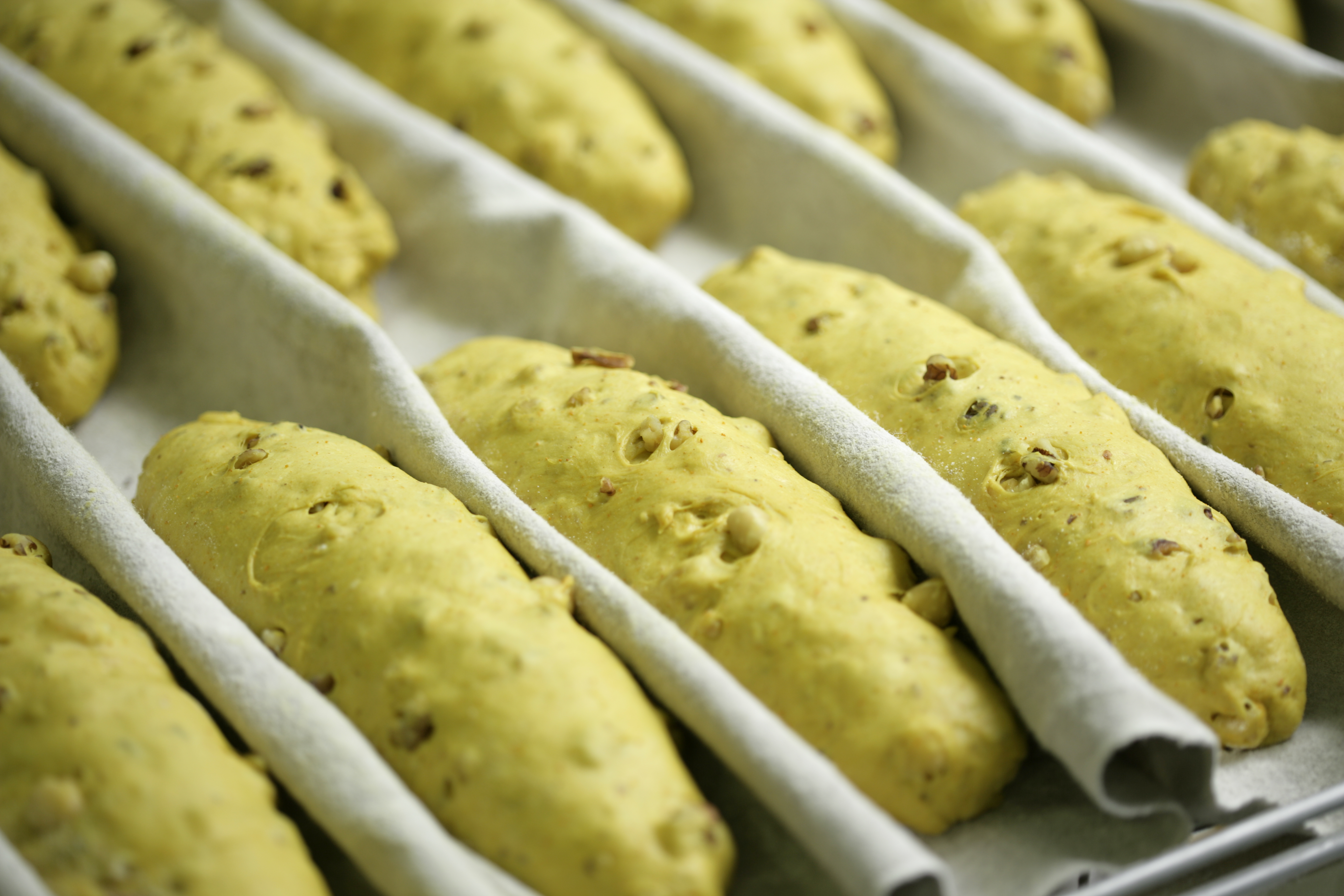 For all these reasons (and because it’s delicious!), turmeric has found its way into an increasing number of our products. Éric Kayser has made it a flagship ingredient by including in one of Maison Kayser’s cult breads: our turmeric, walnut and hazelnut loaf. This highly nutritious bread goes with any type of dish and is also delicious eaten on its own for pure indulgence without any frills!

Fans of smoothies and hot drinks will also be delighted to see turmeric on the menu of many of the hippest coffee shops! Any hot spot worth its salt will now offer its customers a turmeric latte, also known as a golden latte, curcuma latte or golden milk. This hot drink is made mainly from milk and turmeric. Usually served the classic way (with cow’s milk), a vegan version is often available (made with plant milk such as almond, oat or coconut). Some spices further enhance its distinct flavour (e.g. cinnamon, ginger, cardamom or nutmeg), while honey, cane sugar and agave syrup can be used to add a touch of sweetness. Coconut oil gives it a well-rounded mouthfeel and a touch of pepper is a pure delight! The pepper boosts the benefits of the turmeric because of the combined effect of the different molecules in each of the ingredients.

For a super vitality boost, Éric Kayser bakeries have included turmeric in a new speedy smoothie recipe known as “Jaune Curcuma”. Beautifully refreshing and packed with vitamins, we’ve teamed the turmeric with oranges, mangos and bananas. A sprinkle of chia seeds and it’s good to go!

Much more than a passing trend, turmeric is firmly anchored in our culinary culture and more and more people are trying it, both for its health benefits and captivating flavour. We fell in love with this spice over 20 years ago and our chefs have used all their creativity to come up with new and exciting ways to offer it to our customers. Long live turmeric!